In Sicily, close to Taormina and Etna and in front of the Aeolian Islands, a wonderful holiday villa with swimming pool a stone’s throw from the beach, with breath-taking seaview. The perfect combination of historic architecture and modern comfort: sauna, jacuzzi, tennis court, spacious garden, wi-fi, satellite TV, private parking.

The elegant Villa built in 1921 by one of the most famous architects of the first decades of ‘900, Gino Coppedè, eclectic artist that everywhere intervened was able to mark the territory in an indelible way. The Architecture of Gino Coppedè in Messina, of which this villa is a majestic example, was an unprecedented version of his style, an autograph manner that he did not re-propose elsewhere and which laid the foundations for what will then be called “messinese eclecticism”.

The Villa, characterised by a revisiting of Gothic characters, fifteenth century, sixteenth-century and Mannerist characters wisely assembled and decorations of considerable artistic value, overlooks the beautiful northern coast of Sicily.

From its large terraces and bright rooms it is possible to admire the beauty of the Tyrrhenian Sea on whose horizon are silhouetted the Aeolian islands. The Villa is surrounded by a lush tropical garden on different levels, where you can mix the scents of orange, mandarin and lemon trees, jasmine and ibiscus. Between the green, generous in all its nuances, sparkle all around the tones of the lilac of bougainvilleas.

The apartment, on two floors completely restructured, has six comfortable and elegant bedrooms, of which three doubles king size, two doubles single beds, a quadruple for a total of fourteen beds extending up to 17 and three bathrooms.

The arrangement of the rooms can be modify according to the needs of the guests.

On the ground floor the big living area has a large entrance on which overlook the spacious and bright lounge with the fireplace on the wall that is the backdrop to the room, satellite TV and Internet, two bedrooms, a bathroom, the living room and a kitchen equipped with every comfort. In the external veranda adjacent to the kitchen, a wood-burning oven enriches the amenities of the house.

The ground floor is all accessible through window doors that give the possibility to access the garden, in the park or directly to the relax area. The fine wooden staircase allows you to reach the first floor all used as a sleeping area in which there are four bedrooms including two with large terraces overlooking the sea, two rooms overlooking the pool and the garden and two bathrooms.

The Villa, totally surrounded in garden, has a charming gazebo that serves as a backdrop to the swimming pool, where you should sit down to eat your meals.

For the guests there is a big park with fruit trees, private swimming pool, outdoor showers, sauna, panoramic jacuzzi, tennis court and parking for the exclusive use of the villa.

All around the dense vegetation guarantees the necessary privacy essential for a holiday in full relax. 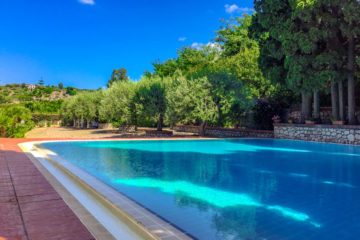 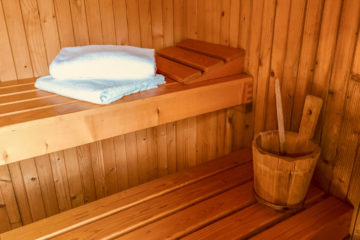 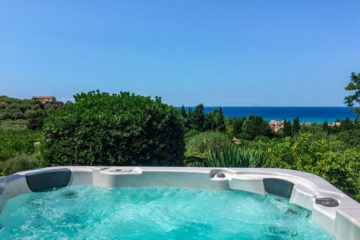 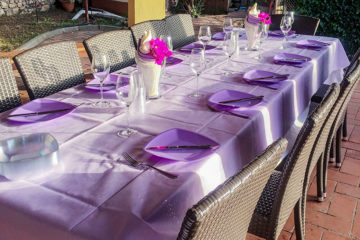 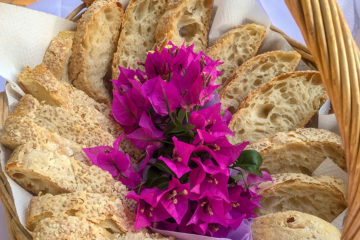 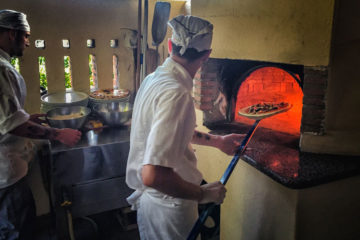 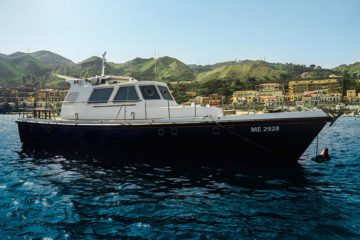 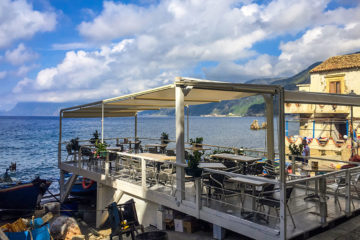 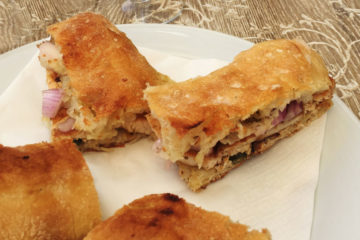